Hours after a court in the Netherlands found the far-right politician Geert Wilders guilty of breaching anti-discrimination laws by railing against Moroccan immigrants at a rally, a poll found that more than half of the country opposed the ruling.

Far right leader Geert Wilders has been found guilty of inciting discrimination — but remains at the top of the Dutch opinion polls. pic.twitter.com/r3NN7ud7JB

Wilders, an extreme nationalist obsessed with the supposed threat to Dutch identity from Islam, promises to shut the nation’s borders to Muslim immigrants, ban the Koran, close all mosques and hold a referendum on leaving the European Union if he becomes prime minister.

He denounced the decision by a three-judge panel, but Wilders appears to have benefitted from the trial. His Party for Freedom, known by the Dutch acronym PVV, currently leads in polls ahead of a general election in March, thanks in part to a surge in support during his trial.

Polls show that the Party for Freedom could end up with the most seats in the new Tweede Kamer, the Dutch parliament, with less than a quarter of the vote, since support is split among more than 10 parties.

Thank you for all the support!

The Netherlands will be strong again! pic.twitter.com/iB6K1FBR6B

Following the guilty verdict, which came with no penalty, more than two-thirds of those surveyed told the Dutch pollster Maurice de Hond they expected the ruling to result in the Party for Freedom winning more seats in the next parliament.

“A lot of people mentioned that they’re really getting angry that he is being accused and judged only for what he said,” another Dutch pollster, Peter Kanne, told The New York Times.

In a survey conducted before the verdict, Kanne’s firm found that Wilders’ party was already as popular as Prime Minister Mark Rutte’s center-right People’s Party for Freedom and Democracy. Rutte has ruled out forming a coalition government with Wilders unless he retracts his racist statements about Moroccans.

Wilders, a prolific tweeter who has promised to “Make the Netherlands Great Again,” and is 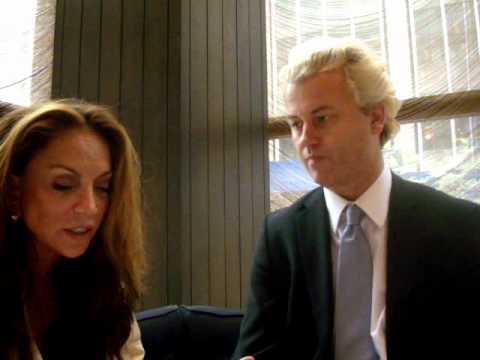 “>a hero to anti-Muslim extremists in the United States for his rhetoric about the imaginary “Islamization” of Europe, has embraced comparisons to Donald Trump and welcomes the support of Breitbart and Infowars.

That will replace our people

That support from his fans in the U.S. is important enough to Wilders that he even made time on Friday to record an English-language version of 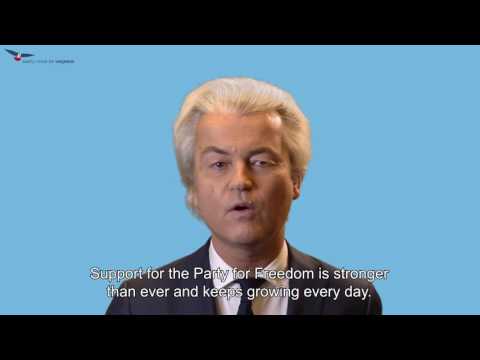 “The Netherlands have become a sick country,” Wilders said. “I am not a racist and neither are my voters. This sentence proves that you judges are completely out of touch.”

“Support for the Party for Freedom is stronger than ever and keeps growing every day,” he added. “The Dutch want their country back.”