Donald Trump launched a surprise attack on the news media on Thursday at a press conference in which he mocked and harried the White House press corps for more than an hour.

Having carefully avoided questions from all but a handful of friendly reporters in recent days as questions about his stumbling performance as president mounted, Trump devoted less than 60 seconds to introducing his new secretary of labor nominee Alexander Acosta. Then he launched into what amounted to a 20-minute campaign speech blaming reporters in the room for portraying an administration in chaos when it was, he said, “running like a fine-tuned machine.”

President Trump: "This administration is running like a fine-tuned machine." bit.ly/2lpeAUb bit.ly/2lTOHJL

When he opened the floor to questions, Trump responded to them in a sarcastic, rambling, not entirely coherent manner, frequently adopting the tone of an insult comic, roasting reporters as if at the annual correspondents’ dinner. He raged at the profusion of leaks that have been coming out of his administration — and at what he called the “fake news” that was based on those leaks.

The performance, which prompted an outpouring of disbelief from viewers around the world, was the clearest example yet of Trump treating reporters who fail to flatter him as “the opposition party,” as his chief White House strategist, Steve Bannon, explained to The New York Times last month.

Russian friend texts me during the presser: "What an embarrassment."

I think both houses of Congress should assemble and watch the video of this press conference w/o interruption, then talk about what to do.

@daveweigel . He thought that one of the privileges of "winning" was that he would be worshiped.

While Trump’s strange behavior alarmed his critics and seemed to render Republican officials in Washington mute, it electrified his die-hard fans.

From a buddy of mine out west. pic.twitter.com/Ru53cFkloh

There were so many jaw-dropping moments that it is hard to compile a highlight reel, but here, for the convenience of readers who might lack the strength or stamina to take in 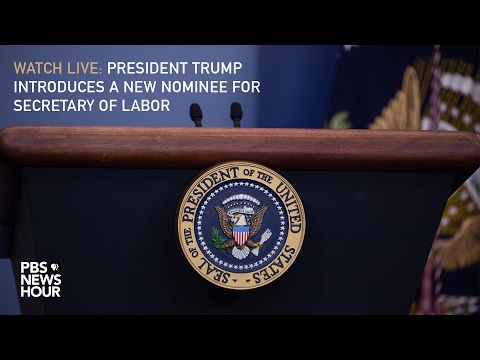 ?t=1m57s”>the whole spectacle, are six of the most remarkable moments.

Trump Says He Did Not Direct Flynn to Discuss Sanctions With Russia, but Was Glad Flynn Did, Even Though He Fired Him for Doing It

This is just as confusing as it sounds. Asked if he had directed his former national security adviser, Michael Flynn, to discuss sanctions with the Russian ambassador to the United States in December, after the election but before the inauguration, Trump said, “No, I did not.” He then added: “It certainly would’ve been okay with me if he did it. I would’ve directed him to do it, if I thought he wasn’t doing it. I didn’t direct him, but I would’ve directed him.”

Trump says he didn't direct Flynn to discuss Russian sanctions—but "I would have directed him to do it." pic.twitter.com/p2ziUt2bos

"I didn't direct him but I would have directed him," Trump says of Flynn talking sanctions to Russia. Classic psychopath talk for "I did it"

Among those baffled by Trump’s reply was Flynn’s son, Michael Flynn, Jr., who retweeted a former Breitbart reporter’s confused summary of it.

Trump’s claim that there was nothing at all wrong with Flynn’s decision to discuss sanctions with the Russian ambassador seemed to be undermined a short time later by the breaking news that Flynn had reportedly lied about having done so in an interview with the FBI in January. Lying to federal agents, as Flynn well knows, is a felony offense.

Trump also maintained that reports of his own ties to Russia were “fake news put out by the media,” and insisted that he has no financial dealings with Russians.

Trump: "Speaking for myself, I own nothing in Russia. I have no loans in Russia. I don't have any deals in Russia" pic.twitter.com/KzA6y4VvSl

That is a direct contradiction of a statement made by his son, Donald Jr. “We see a lot of money pouring in from Russia,” the younger Trump told a real estate publication in 2008. “Russians make up a pretty disproportionate cross-section of a lot of our assets,” he explained, “say in Dubai, and certainly with our project in SoHo and anywhere in New York.”

Can’t allow #Trump’s bizarre rant to distract us from the real issues at hand. Need independent investigation into Trump-Russia connection.

Pressed by April Ryan, the Washington bureau chief for American Urban Radio Networks, to say if he intends to meet with the Congressional Black Caucus to discuss the problems of inner cities, Trump asked her to schedule a meeting. “Are they friends of yours?” he said.

President Trump asks @AprilDRyan on @officialcbc: "Are they friends of yours?" pic.twitter.com/MkWD8Wx6pl

A member of the group, Representative Gwen Moore, pointed out to Trump on Twitter that Ryan is “not your secretary.”

Hey @realDonaldTrump: @AprilDRyan is a honest & professional reporter. She's not your secretary. @Reince knows @RepRichmond's number. Use it

When a reporter from a Jewish newspaper asked Trump how his government plans to respond to the recent uptick in anti-Semitic threats and attacks, he was careful to preface it by saying that he did not think the president or anyone on his staff was an anti-Semite.

Reporter specifically said he didn't think Trump was anti-Semitic, yet Trump was still offended he asked for a plan to fight anti-Semitism pic.twitter.com/PpmI2EmbGw

Despite that, Trump cut the questioner off, ordering him to sit down and “be quiet,” and then responded as if he was being accused of being an anti-Semite. He called that allegation, which was specifically not made, “unfair,” citing his long friendship with Israel’s prime minister — “Betinyahu” — as proof that he was “the least anti-Semitic person.”

“So you should take that,” Trump concluded, “instead of having to get up and ask a very insulting question.”

One viewer, Rep. Ted Deutch of Florida, pointed out the question was more than fair.

Trump Suggests He Would Blow Up Russian Ship, but Fears ‘Nuclear Holocaust’

While making the case that he could be tough with Russia, Trump suggested, bizarrely, that Americans would cheer if he blew up a Russian ship off the coast of the United States, in international waters.

Trump discusses Russian spy ship spotted off CT coast: "If we could get along with Russia, that's a positive thing" bit.ly/2lps0zA pic.twitter.com/JAj5amqrCQ

He then suggested that what held him back from doing so was two things: a desire to “do a deal with Russia” — on what, he did not say — and the fact that a “nuclear holocaust” would be bad.

Trump discusses Russian spy ship spotted off CT coast: "If we could get along with Russia, that's a positive thing" bit.ly/2lps0zA pic.twitter.com/JAj5amqrCQ

… today, the president of the united states brought up "nuclear holocaust" at a press conference getting global coverage. #thisisnotnormal pic.twitter.com/ywlh11fEo2

Peter Alexander, an NBC correspondent, pointed out to Trump that his claim to have won the biggest electoral margin since Ronald Reagan was patently false, given that both Barack Obama and George H.W. Bush eclipsed his total. Trump objected, “I was given that information, I don’t know.”

This needs to happen on EVERY lie. It's up to the press to do this EVERY time. Go hard, y'all. On EVERY lie. pic.twitter.com/TGbishcDRj

The Leaks Are Real, but the News Is Fake, Trump Says

In a pair of bizarre exchanges, Trump was asked by both Jonathan Karl of ABC News and Jim Acosta of CNN, if he could explain the logical contradiction between his claim that reports based on leaks from inside the government are fake and his anger about those same leaks.

“Is it fake news, or are these real leaks?” Karl asked.

Apparently not recognizing the illogic, Trump replied, “The leaks are absolutely real, the news is fake.”

"[You said] the leaks are real, but the news is fake… I don't understand," reporter asks Pres. Trump at WH event bit.ly/2lTML49 pic.twitter.com/iSCoJvTuCe

The post “Donald Trump Rants and Raves at the Press,” Donald Trump Says, Accurately appeared first on The Intercept.