In a remarkable show of disunity at the Republican National Convention in Cleveland, Sen. Ted Cruz was booed and heckled by many delegates on Wednesday night as it became clear that he had no intention of endorsing Donald Trump for the presidency.

Cruz, who called Trump “a pathological liar” and “utterly amoral” when he dropped out of the race for the Republican nomination in May, refused to follow the lead of two of the other defeated candidates, 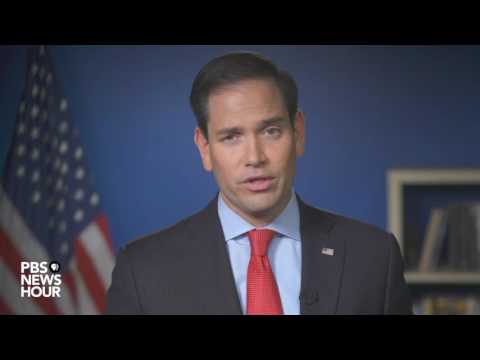 “>Sen. Marco Rubio, who did endorse the billionaire in their speeches.

Watching Cruz give what seemed like a campaign speech for himself, Trump’s children sat in silence. Then there were cheers and a ripple of applause from the delegates as Cruz looked into the camera and said, “to those listening, please don’t stay home in November.”

Cruz was then jeered as he pointedly stopped short of asking Americans to vote for Trump, the man who had mocked the senator’s wife as unattractive and suggested that his immigrant father might have been involved in the assassination of John F. Kennedy.

Republican delegates surprised that Cruz didn't endorse guy that suggested his father was involved in JFK assassination. So they boo him.

“If you love our country and love your children as much as I know that you do, stand and speak and vote your conscience — vote for candidates up and down the ticket who you trust to defend our freedom and to be faithful to the constitution.”

As reporters in the hall noted, Trump supporters, led by the New York delegation directly in front of the stage, chanted for Cruz to endorse Trump, yelled “say it!” and heckled and booed him when he did not.

Cruz bringing back the greatest hits: off-the-cuff digs at New York. Amid jeers, "I appreciate the enthusiasm of the New York delegation."

Delegates scream "Trump! Trump!" at @SenTedCruz and "Wrap it up!" Booed for not endorsing @realDonaldTrumpz pic.twitter.com/ZYpJqSfwsO

Here are the boos as Cruz refuses to endorse Trump: #RNCinCLE pic.twitter.com/RPo15m39S2

That is louder than any boo Hillary Clinton got here.

The booing intensified as Cruz wrapped up his speech, and was interrupted only by the sudden appearance in the hall of Donald Trump, who upstaged the speaker by making his way to his seat even before the senator finished speaking.

The look on the Trumps faces as they watched Cruz’s speech pic.twitter.com/0FoGaoM9Xp

The booing, mixed with some applause from the senator’s supporters, continued as Cruz finally concluded his remarks and left the stage.

How the Cruz boos sounded from the floor pic.twitter.com/SJzYoPBQgt

cruz's reception from the crowd takes me back to when I used to debate him in college. pretty much same reactions.

The senator’s wife, Heidi Cruz, was also reportedly heckled and threatened as she was escorted from the convention floor.

HEIDI CRUZ escorted out by security as crowd gets angry at Cruz for his speech. One Trump supporter shouting "Goldman Sachs!" at her

The post Ted Cruz Booed and Heckled for Refusing to Endorse Donald Trump appeared first on The Intercept.