Twitter is a source of ongoing controversy, both for Flynn himself and one of his sons, Michael Flynn Jr., who has used his account to propagate the “PizzaGate” conspiracy theory, which posits that Comet Ping Pong, a Washington pizzeria, is a den of nefarious Democratic activity. After a man who claimed to be investigating PizzaGate fired a gun at Comet Ping Pong on Sunday, the Trump transition fired Michael Jr.

The elder Flynn has kept his distance from PizzaGate. But, as Hayden suggested, his own Twitter rants are even less statesman-like than those of the president-elect. On Twitter, Flynn has asserted that “Fear of Muslims is RATIONAL,” and claimed that Democratic Party emails contain evidence of “Sex Crimes w Children” and occult “#SpiritCooking.”

“You can’t be considered credible if you’re trafficking in bad information,” said David Rothkopf, CEO and editor of Foreign Policy, who once served in the National Security Council and wrote a book on its history. “Calling”> 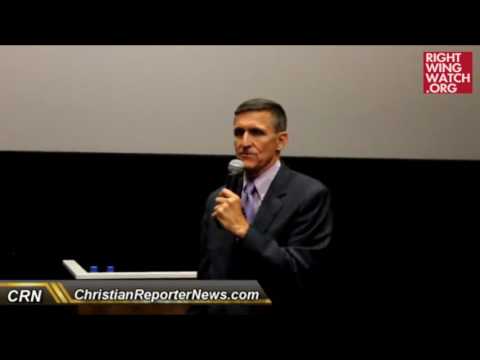 “I’m watching a clown show,” said Philip Mudd, a former CIA and senior FBI official, on Tuesday. Mudd criticized Flynn for his behavior at the Republican National Convention, where he led the crowd in anti-Hillary Clinton “lock her up” chants. “I want to see a transition from a campaign to reality,” Mudd said. “I’m not seeing it yet.”

The willingness of key establishment figures to speak out against Flynn is unusual in official Washington, which tends perpetuate itself through a culture of understatement and accommodation. As Trump’s national security adviser, Flynn would be the president’s main link to the Principals Committee, the main organ for setting foreign policy and responding to crises within the White House. The appointment does not go through the Senate confirmation process.

Past presidents have chosen national security advisers with stronger backgrounds in strategy and policy, such as Colin Powell and Brent Scowcroft. 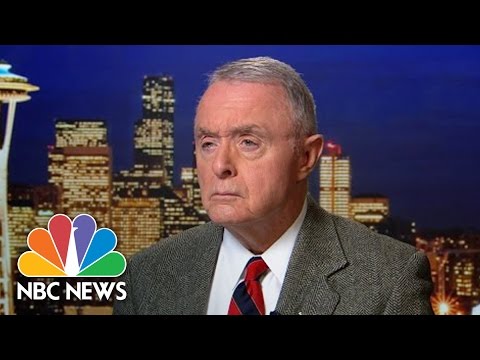 on Thursday that the was “extremely uneasy” about the Flynn family’s Twitter activity, which “border on being demented.”

Hayden, who also voiced qualms about Flynn, spoke at a luncheon held by a group of former overseas defense attachés, some of whom would have worked under Flynn when he led the Pentagon’s Defense Intelligence Agency. Hayden expressed broader concerns about the number of high-level military and intelligence staff—Flynn among them—who have left the outgoing administration on bad terms and then sought out jobs with the incoming one. He called it “a bleeding over of the hyper-partisanship of Washington into our community. That is really, really bad.”

During the campaign, Hayden pushed back against the plausibility of Trump’s promise to bring back waterboarding. He was among a group of former officials who signed a letter in August stating that Trump is “not qualified” to be president and would be “dangerous” and “reckless” in office. The incoming Trump administration, Hayden suggested on Thursday, knows less about the world than some of its predecessors. “National security looks different from the Oval Office than it did from a hotel room in Iowa,” he said. “People like us then begin to push against this less well-informed—not less well-intentioned—but less well-informed view of the world. It just seems to me that the incoming administration has a higher a priori knowledge set than the average administration coming in.”

Flynn has also drawn criticism for the private company he founded after leaving government in 2014, Flynn Intel Group. One of the company’s clients is a Turkish businessman who has been linked to the country’s autocratic president; its other clients have not been disclosed.

Most of the company’s homepage disappeared earlier this month.

Top photo: Retired Lt. Gen. Michael Flynn delivers a speech on the first day of the Republican National Convention on July 18, 2016 at the Quicken Loans Arena in Cleveland, Ohio.